Does the Answer to Our Energy Problems Lie in Tiny Microbes? 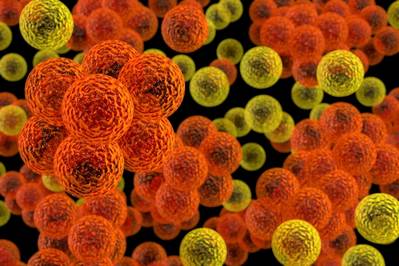 Such are the dire predictions about climate change these days that there seem to be only two courses open for human society: either we fail to act and the planet keeps heating up, or we restrict ourselves, leave our cars at home, give up hamburgers and stop flying on vacation.

Either way, it would seem, the future is dead set on making our children’s lives worse than ours.

But there is a third way and it lies in new forms of energy. One of the most promising involves the use of microorganisms to generate electricity.

The research in this field is very exciting and is starting to yield fruit.

But there is a problem and it’s one you quickly stumble over if you Google (GOOGL) “microbial energy” and throw in words like “revolution,” “significance,” and “exciting.” It’s that it’s hard to figure what it’s all about, let alone that it is important.

To take a random example – and no offence to the authors of this one – what would you make of a paper with this title: “Utilizing anaerobic fungi for two-stage sugar extraction and biofuel production from lignocellulosic biomass”?

Unfortunately, most of the discussion around the topic, at this stage at least, is of this sort. It’s no wonder that those of us schooled in language, literature and the arts find it easier to predict doom and gloom.

All I can say is, if you want to delve into this subject, is, be warned. But if you persevere, prepare to be inspired.

Here is the idea. A microbe is a microscopic organism. We tend to associate it with bacteria and viruses, and with diseases for which there is no cure. But microbes are everywhere and they perform a crucial role maintaining life, fixing gases and breaking down dead plant and animal matter into simpler substances.

When they eat organic matter, microbes produce a different type of organic matter which they use to generate their own energy, but which can be harvested as fuel or oil-related products.

How would you do this? Picture, if you will, an oil refinery. These are big. Crude oil is put in them and heated in a distilling process that produces both fuel and plastics and other products. In a similar way, such refineries could be used as microbial cell factories to produce fuel and oil products. (Interestingly, these can make bio-plastics which, unlike the plastic we use today, is degradable.)

The idea behind this is not new. In fact, penicillin has been produced through this process since World War Two. So has citric acid, which is used in soft drinks.

Although sugar has been used as the food to grow microbes, scientists are now looking to use food waste, industrial waste and gasses in its place.

As researchers and businesses look to commercialize this process, one of the most encouraging advantages they see is that, as a form of energy, microbial energy will not require a wholesale and costly transformation of infrastructure. Use of microbes, in fact, will mean a re-boot of the oil industry, the difference being that companies would manufacture oil instead of extracting it from underground. In other words, it’s alternative energy only in the sense that it’s an alternative way to produce the same product.

When energy futurists consider this, they don’t see an either-or. Rather, they see things, as we have today, in terms of an energy mix, which may vary from place to place, country to country. It would involve current forms of energy being produced in this sustainable new way, alongside alternative forms, such as hydrogen.

That means, 30 or 50 years from now, you might have solar panels on your roof to light and heat the house and your own microbial tank in the back yard, producing oil and chemicals. Each home in this way will be economically and environmentally sustainable.

There is even research now into the possibility of putting microbial fuel cells into bricks that will allow a house to treat its own waste and generate energy.

With such ideas poised to come to market, perhaps we should not be painting such a dismal view of the future.

The Author
Younghoon David Kim is the chairman of the London-based World Energy Council and chairman and CEO in Korea of the Daesung Group.