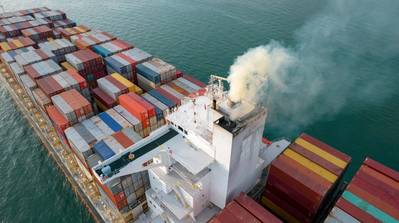 More than 1000 ships are expected to be ordered per year through 2030, and with growing pressure on the shipping industry to decarbonize, the shipowners must be careful with fuel selection and ship design, as a misstep here can have damaging consequences in the future.

This is according to the latest Maritime Forecast to 2050 launched Tuesday by DNV.

DNV stressed that shipping decarbonization was no longer just a top priority for the International Maritime Organization (IMO), but for the regional and national legislators, too, as well as for bankers and investors, which are all calling for a faster energy transition in the shipping world, fueled by public pressure.

However, DNV said, perhaps the most influential actor in the push for shipowners to strive forward net zero is the one paying for the shipping services – in most cases, the cargo owner.

"The cargo owners are themselves subject to expectations from their customers throughout the supply chain which ultimately ends with the consumers, and from finance institutions and investors. This has led to major cargo owners announcing very ambitious decarbonization targets, with some aiming for carbon-neutral or carbon-positive impact by 2040, or even by 2030," DNV said.

While IMO’s GHG Strategy, which will see the first wave of regulations take effect from January 1, 2023 (i.e. EEXI, CII), is expected to have a significant impact on the design and operations of all ships, DNV expects commercial pressure to push shipowners to aim for a leading position in decarbonization, rather than fulfilling a bare minimum requested by regulations.

“…We expect that poorly performing shipping companies will be less attractive on the charter market and may also struggle to gain access to capital,” DNV said.

Knut Ørbeck-Nilssen, DNV Maritime CEO, says it is “the grand challenge of our time,” for a shipowner to successfully navigate the dual challenge of increasingly stringent climate change targets and regulations coupled with uncertainty over future fuel choices, technology, and supply.

"Choosing the right fuel today for operations tomorrow is a daunting task that all owners must face up to,” said Ørbeck-Nilssen. "The business environment is changing in line with the natural one, leading not just to increased regulatory requirements, but also to new cargo-owner and consumer expectations and more rigorous demands from capital investors and institutions. 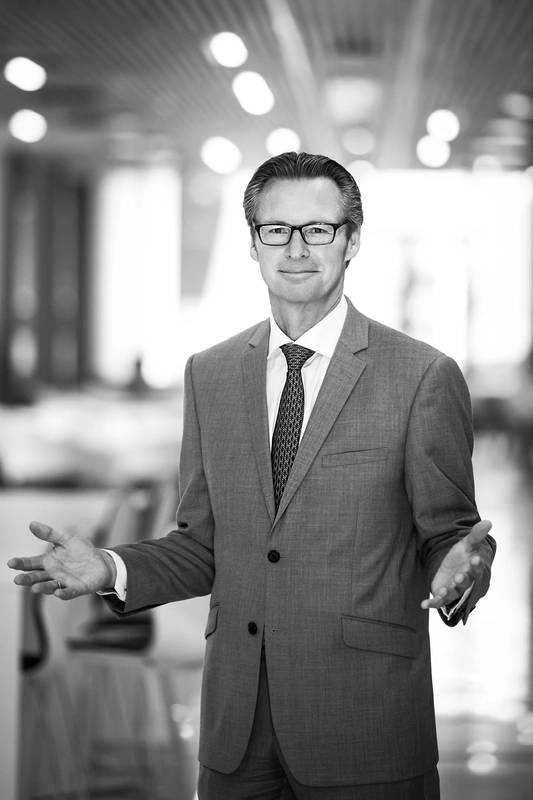 “When it comes to alternative fuels, I'm a big fan of the French philosopher, Voltaire: ‘Let's not make perfect the enemy of good.’ Maybe, we don't have the perfect solution, but it's certainly important to start moving in the right direction and then we will gain speed and reach the targets.”
Knut Ørbeck-Nilssen, DNV Maritime CEO. Photo courtesy DNV

According to DNV's report, the maritime energy transition is gaining momentum, with around 12% of newbuilds currently ordered with alternative fuel systems – with LNG leading the way.

"Except for the electrification underway in the ferry segment, the alternative fuels are currently still mainly fossil-based and are dominated by LNG,“ the DNV report reveals.

The 12% is an increase from the 6% of newbuilds ordered with alternative fuel systems, as revealed in DNV’s 2019 Maritime Forecast report.

DNV forecasts that total CAPEX for onboard technology investments required to satisfy IMO decarbonization ambitions will range from USD 250-800 billion (dependent on fleet size) between 2020 and 2050.

According to the report, there will be demonstration projects for onboard use of hydrogen and ammonia by 2025, paving the way for zero-carbon ships, and these technologies will, according to DNV, be ready for commercial use in four to eight years. DNV stressed safety as a prerequisite for the successful and timely introduction of the new fuels such as hydrogen and ammonia.

Methanol technologies, however, are more mature and have already seen first commercial use, while fuel cells are far less mature than internal combustion engines, for all fuels.

“Methanol can be stored in integral fuel tanks for liquid fuels if modifications are made to accommodate its low flashpoint properties. Two-stroke methanol engines are commercially available and already have more than 100,000 hours of operations. Four-stroke engines are under development,” DNV says in the report.

"More radical and immature solutions such as onboard CCS (carbon capture and storage) and innovative wind powering concepts may also develop towards 2030,“ the report says.

On the path to successful decarbonization of the shipping sector, DNV has stressed "fuel flexibility" as key, mentioning it in its 80-page report no less than 20 times.

“If you take just one thing away from the report, let it be this: Fuel flexibility is key to staying both compliant and competitive in a diverse and uncertain fuel future,” Ørbeck-Nilssen says.

Considering the large uncertainties involved over the lifetime of ships, planning for fuel flexibility and Fuel Ready solutions could ease the transition and minimize the risk of investing in stranded assets, DNV says in its report.

"Fuel Ready“ refers to a DNV Class Notation which indicates that a conversion to an alternative fuel, such as LPG, LNG, ammonia, and/or methanol/ethanol, has been accommodated and verified in the newbuild design.

"There are many ways to reach a Fuel Ready design complying with rules and regulations. The cheapest or most convenient solution at the new building stage is not necessarily the most cost-efficient and favorable option when the ship shall be converted, nor the best overall solution.

“A successful Fuel Ready design depends on the extent to which details of the desired future alternative fuel solution are incorporated into the newbuild specification,” the report reads.

DNV highlighted that the financial performance of a vessel design is heavily dependent on the cost of the fuels it can use and that with CO2 pricing mechanisms under development, the shipowners should evaluate several fuel-price and CO2 price assumptions.

DNV has said that shipowners must find their own 'decarbonization stairway' to manage carbon risk. Whichever path, fuel, or design a shipowner chooses, according to DNV Maritime CEO, business as usual is no longer an option.

“There is no time to waste. Inaction is not an option. The challenge in front of us is huge, but the incentive to transform couldn’t be greater – the very future of our industry and society. The scene is set for a maritime renaissance,” Ørbeck-Nilssen says in the foreword of the report.

At the press conference revealing the report, Ørbeck-Nilssen, known for his selection of a theme song for his press conferences, this time picked “Stairway to Heaven” by Led Zeppelin.

He said the song was interesting as its tempo was split into three parts, starting relatively slowly with an almost melancholic tempo, which gradually increases with more acoustic and then electronic instruments, and then moves to a true hard rock mode, implying this might be how the maritime energy transition develops.

He also singled out a verse in the song he saw as quite fitting for the decarbonization stairway discussed in the report: "And it's whispered that soon, if we all call the tune then the piper will lead us to reason." 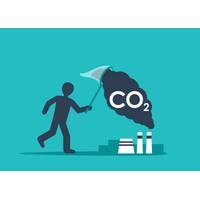