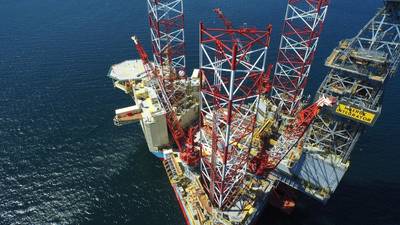 A 25-year period for Denmark as a net oil exporter is set to end this year following output declines in the North Sea, the country's energy agency said on Thursday after slashing its long-term oil production forecast.

The Danish Energy Agency expects this year's oil production to reach 128,000 barrels per day (bpd), down from 138,000 bpd last year and 10 percent lower than an estimate given a year ago.

The lower production forecast was due to downward adjustments of North Sea resources, as well as delays and greater uncertainty regarding the development of several fields and discoveries.

Denmark has been a net oil exporter since 1993, when technological developments such as horizontal drilling made it possible to extract difficult reserves in the North Sea. Production peaked in 2004 at 390,000 bpd.

The flip to net importer comes as a surprise as Denmark was expected to remain a net exporter of oil for a number of years. But going forward, with the exception of 2024, the Nordic country's oil consumption is seen exceeding production.

The energy agency cut its five-year production forecast by 14 percent and the long-term forecast by 8 percent compared to previous projections given in 2017.

Last year, Maersk Oil, which Maersk sold to Total last summer in a $7.45 billion deal, and its partners decided to invest 21 billion Danish crowns ($3.3 billion) in redeveloping the Tyra field, the largest investment ever in the Danish part of the North Sea.

The reconstruction of facilities at Tyra will hit oil production in 2020 and 2021, the Danish Energy Agency said.

Total's partners in the field are Shell, Chevron (CVX) and Denmark's state-owned Nordsofonden through the Danish Underground Consortium.

The forecast for gas production was reduced by 5 percent, but Denmark is still expected largely to remain a net exporter until after 2035.