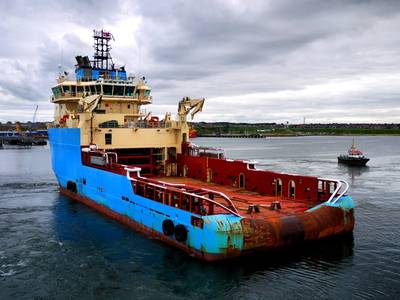 Britain's public spending watchdog on Friday questioned a government estimate of 24 billion pounds ($31 billion) as the cost of tax relief to decommission oil and gas infrastructure.

As one of the oldest and most mature oil basins, Britain's North Sea represents the world's biggest decommissioning project, with the Oil and Gas Authority estimating operators will need to spend around 60 billion pounds.

The government has given oil and gas operators different kinds of tax relief designed to revive investment in the British North Sea, where oil production has plummeted from 2.6 million barrels per day in 1999 to around 1 million.

Tax relief for decommissioning is designed to lower the threshold for potential buyers of oil fields who might otherwise balk at the option of investing in limited future production and eventually be saddled with a huge decommissioning bill.

"The government estimates that decommissioning the UK’s offshore oil and gas infrastructure will cost taxpayers 24 billion pounds, although the actual cost is highly uncertain," the National Audit Office said, referring the years until 2063.

The final cost depends on factors such as the oil price, foreign exchange rates and technological progress.

"The NAO found that there are gaps in the government’s understanding of the costs and benefits of changes to the tax regime. HM Revenue and Customs has not historically calculated the total combined cost of decommissioning tax reliefs it has already given to operators," the NAO added.

The watchdog, which can give recommendations to government to change its spending, did not do so in this case and when asked whether the statement was meant as a call to change the rules, an NAO spokesman said it was not.

The government said in an emailed statement in response to the NAO's report that it was working with the oil industry to minimize decommissioning costs.

"By providing tax relief on decommissioning we are attracting continued investment into our reserves - supporting jobs, boosting the economy and protecting our energy supply," a government spokesman said.