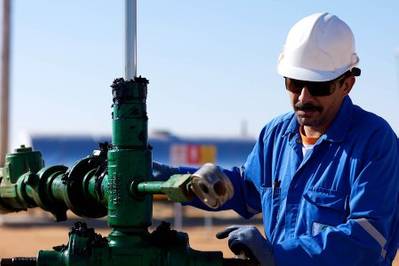 United Arab Emirates energy producer Dana Gas swung to a net profit of $83 million in 2017 from a net loss of $88 million a year earlier after a $1 billion payment as part of a settlement with the Kurdistan Regional Government (KRG).
The company's revenues were also boosted by higher oil prices and higher production in Egypt and Kurdistan, where the Abu Dhabi-listed producer has its main assets.
However, Dana posted a net loss of $42 million in the fourth quarter of last year, Reuters calculated in the absence of a quarterly breakdown, compared with a $7 million profit in the same period a year earlier.
Profits in the fourth quarter were affected by an impairment charge of $34 million against the Zora gas field in the United Arab Emirates following the year-end reserve report, the company said in a statement on Sunday.
As part of the Pearl Petroleum consortium, which includes Austria's OMV, Hungary's MOL and Germany's RWE, Dana started a case in 2013 against the KRG in the London Court of Arbitration, accusing it of underpaying for gas liquid production.
The company and its partners reached a financial settlement last August by which the Kurdish government agreed to pay $600 million immediately to the consortium, and $400 million to invest in the development of the region.
Dana, which has struggled to collect receivables from Kurdistan and Egypt over the past four years, collected $466 million from the KRG and $164 million from Egypt last year. Dana’s cash balance at the end of 2017 amounted to $608 million, more than double the $302 million it had at the end of 2016.
Dana Gas is at the centre of a legal dispute with the holders of a $700 million sukuk, or Islamic bonds, that the company refused to redeem last year on the grounds that the notes were no longer sharia-compliant and therefore unlawful under UAE law.
Legal proceedings in English and UAE courts are continuing.
In the latest development of the debt dispute, a London High Court judge found again for the creditors earlier this month when he rejected Dana's attempt to overturn his previous decision that the purchase undertaking, part of the sukuk contract, was valid and enforceable.