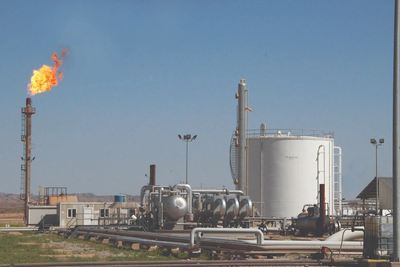 Dana made a net profit of $14 million in the three months to March 31, up from $11 million a year earlier, it said in a statement.

Dana said the rise was due to higher prices and the reversal of accruals made by Pearl Petroleum for certain charges in previous years which are no longer required following an arbitration settlement with the Kurdistan Regional Government (KRG).

Dana has in recent years been struggling to recover hundreds of millions of dollars in overdue payments from Egypt and Iraqi Kurdistan.

In March, Pearl Petroleum said it signed a 10-year gas sales agreement with the KRG to supply and sell the additional quantities of gas produced from its de-bottlenecking project.