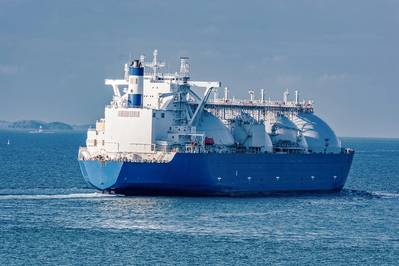 Cyprus has invited bids for the development of the country's first liquefied natural gas (LNG) import terminal, which it wants to be ready by 2020, a notice posted on a government procurement site said this week.

Cyprus depends almost entirely on imported oil products for its energy consumption and needs to switch to cleaner gas from heavy fuel oil for its electricity generation by 2020 to stay in line with EU rules on power plant emissions.

Although a number of gas fields have been discovered nearby, including the Aphrodite field in Cyprus' waters, they have not yet been connected by pipelines to the island, necessitating a solution such as LNG imports.

After several attempts to attract LNG terminal investment, the country has now issued a tender for a floating storage and regasification unit (FSRU) import terminal and associated infrastructure at 500 million euros ($580 million).

The tender is for the procurement of an FSRU with a 125,000 cubic metre capacity and ability to offload LNG from carriers ranging in size of 120,000 cubic metres to 217,000 cubic metres. It is also for the build of the necessary infrastructure.

The submission deadline is Jan. 18, 2019, and the government wants the project, in Vasilikos Bay, completed by the end of November 2020, according to the website post.

Cyprus' energy minister Georgios Lakkotrypis said last week the FSRU was expected to cost 300 million euros, with the rest to be spent over 20 years on its operation and maintenance.

The project has already received a 101 million euro grant from the European Union as part of its Projects of Common Interest scheme.

The European Investment Bank has previously expressed interest in lending to Cyprus for an LNG project.