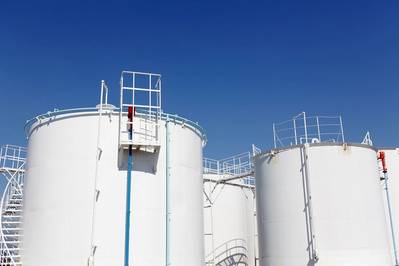 The drawdown in crude stocks came even as refineries cut back output, and 900,000 barrels was added to supply through the release from the U.S. Strategic Petroleum Reserve. Overall crude inventories, not including the SPR, fell to 466.6 million barrels from their highest levels in 19 months.

Gasoline stocks fell 596,000 barrels, compared with analysts' expectations in a Reuters poll for a 434,000-barrel drop. Demand was strong at 9.9 million bpd, near levels associated with later in the summer.

"The market is going to take this as supportive. I do think the draw in crude oil may be the first of many and I think that will be supportive," said Phil Flynn, an analyst at Price Futures Group in Chicago.

Distillate stockpiles, which include diesel and heating oil, fell by 159,000 barrels, versus expectations for a 1.1 million-barrel drop, the EIA data showed.