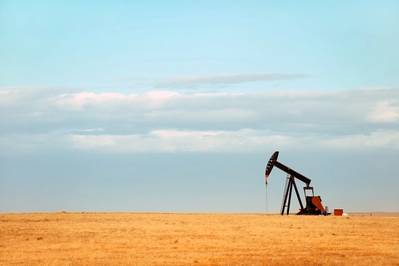 U.S. crude oil prices rose above $75 a barrel for the first time since 2014 on Tuesday after Iran appeared to threaten to disrupt oil shipments from the Middle East Gulf if Washington pressed ahead with sanctions.

"The Americans have claimed they want to completely stop Iran's oil exports," the website, president.ir, quoted Iranian President Hassan Rouhani as saying. "They don't understand the meaning of this statement, because it has no meaning for Iranian oil not to be exported, while the region's oil is exported."

The comments, partially repeated at a news conference in Switzerland, were ambiguous but enough to give already nervous investors another reason to buy oil.

Asked whether he intended to make a threat, Rouhani declined to provide a clarification.

Iranian officials in the past have threatened to block the Strait of Hormuz, a major oil shipping route, in retaliation for any hostile U.S. action against Iran.

The comments helped buoy a market worried about loss of crude oil supply from Libya, Venezuela and elsewhere.

A Reuters survey estimated U.S. crude oil stockpiles fell for a fourth consecutive week, by about 3.3 million barrels, in the week ended June 29.

Stocks of gasoline and middle distillates such as heating oil and diesel fuel also drew, the survey showed.

The American Petroleum Institute will report estimates for U.S. inventories at 4:30 p.m. EDT (2030 GMT) on Tuesday.

Libya's National Oil Corp declared force majeure on loadings from Zueitina and Hariga ports on Monday, resulting in 850,000 bpd of supplies being disrupted.

Morgan Stanley on Tuesday raised its forecast for Brent in the second half of this year by $7.50 a barrel to $85 as it cut projections for supply from Iran, Angola and Libya.

Oil prices have been buoyed by tightening supplies this year but there are signs demand may now be easing.

In Asia, the world's top oil consuming region, seaborne oil imports have been falling since May, as higher costs turned off consumers and as the escalating trade dispute between the United States and China started to impact the economy.


By Christopher Johnson, Additional reporting by Henning Gloystein in Singapore