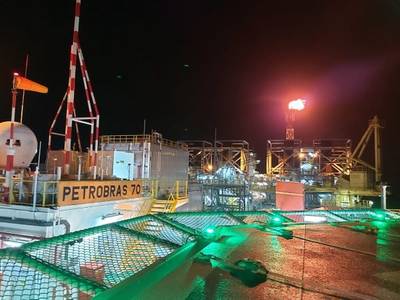 Coronavirus outbreaks at a number of platforms operated by Brazil's Petrobras hit production in the second quarter, the company said on Tuesday, though the firm indicated output may improve in certain regions.

In a securities filing, Petroleo Brasileiro SA, as the state-controlled company is formally known, said it produced 2.802 million barrels of oil equivalent per day (boepd) in the second quarter. That was up 6.4% from the same period last year, but down 3.7% from the first quarter.

Petrobras produced 2.245 million barrels of crude per day, it said, up 9.4% in annual terms and down 3.2% on a quarterly basis.

Among the deepwater platforms that saw production stoppages, Petrobras said, were the Capixaba, the Cidade de Santos, the Cidade de Angra dos Reis and the Cidade de Mangaritiba, all of which experienced outbreaks among workers.

In July, Petrobras indicated that output has been strong at its Buzios oilfield, Brazil's second most productive. Four platforms operating there hit a monthly record of 844,000 boepd, Petrobras said.

It also said that demand for certain fuels, such as diesel and gasoline, increased significantly in the quarter as worldwide quarantining orders were loosened.

The company said it had resumed full capacity at its largest refinery, the 434,000-barrel-per-day Replan, after shutting down some operations due to the lack of demand for fuels during the pandemic.

Petrobras was able to partially offset lower internal consumption in Brazil with higher appetite for its fuels internationally. Petrobras fuel exports rose 22% in the quarter, compared to the first three months of the year. 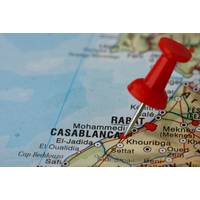