Op/Ed: Connecting to the Future of Offshore 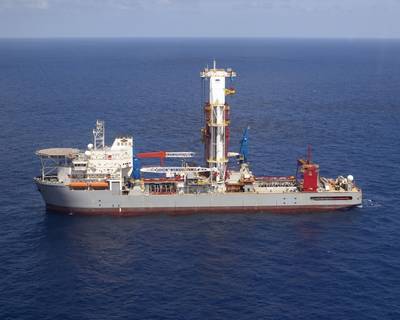 120 miles out at sea, 6,000-horsepower devices lift drilling equipment weighing up to 3 million pounds out of holes lying 10,000 feet beneath the water. Keeping such sea monsters in good working order, often for years at a time, is no mean feat. Oil companies spend between $300,000 and $800,000 per day on each vessel drilling offshore. Any failures can result in losses that run into hundreds of thousands of dollars per day.

With such high costs and massive market pressures, including volatile oil prices, increasing competition and operations in complex environments, offshore companies are seeking new ways to boost efficiency and raise productivity. And in the age of the fourth industrial revolution – the digital revolution – the industry is looking beyond traditional solutions.

This year, once again, OTC showcased the leading-edge thinking and innovation at work across the offshore industry. And I had the opportunity to sit down with some of the customers to share progress made in the digital offshore space, as well as our thoughts about what lies ahead for the industry.

Digital Evolution
One of the words that comes up most often when people talk about digitalization is ‘transformation’. But how transformational is it really?

In this case, it isn’t simply a buzzword. Incorporating digital technology into offshore operations enables smarter decision-making, reduces capex and opex, unlocks added revenue through increasing operational efficiency and productivity, and can even improve the overall safety of working within the sector. But transformation is a long journey that will evolve through multiple phases and take time.

1. Connecting minds and machines
A typical offshore production platform can have more than 40,000 data tags, not all of them connected or used. And of the vast volume of data collected from industrial assets, our own research has found that just 3 percent is currently used for decision-making.

Converting this ocean of information into clear insights will fuel a move from ‘gut-feel’ to data-driven decision making. Using data to create a digital twin of an asset can give deeper insights into its operation – such as helping spot and correct problems before they disrupt drilling or production. By moving to predictive maintenance, companies can avoid the expense of unnecessarily replacing equipment, as well as lost revenue that can range from $80,000 to $465,000 daily, according to our customer.

2. Centralizing and sharing expertise at fleet level
With digital insights transmitted from onboard to onshore, knowledge and expertise can be collected centrally and shared fleet-wide. Rather than relying on experts operating individually as part of onboard crews, best practices can be scaled across the entire fleet to drive consistent operational excellence at enterprise and industry level.

With information collected from multiple assets at their fingertips, a centralized, expert team can make intelligent, informed decisions about everything from equipment performance and maintenance to logistics and energy optimization. The digital pool can also ease the impact of downsizing onboard teams by providing guidance, especially to less experienced crew.

3. Shifting to remote-controlled, operated and self-healing rigs and ships
Human error accounts for an estimated 75-96 percent of all ship losses and marine casualties. As offshore vessels operate within a ‘zero tolerance’ atmosphere for health, safety and environmental incidents, reducing the possibility for human error through increased automation is a crucial avenue for the industry to explore.

A Growing Appetite
It’s true that the offshore industry has been late at recognizing the power and reaping the benefits of digitalization – lagging behind industries such as Aviation, which has been acknowledged as a trailblazer in adopting digital and automation. However, I’m excited to see that today the industry is picking up the pace to digitalize assets and fleets, beginning to transform the vision of a more efficient and autonomous future into an exciting reality.

Co-creation has been at the core of this growing appetite for digital innovation. At GE, we worked alongside global offshore drilling contractor, Noble Drilling, to link up the world’s first drilling vessel early this year.

Our early results already indicate the possibility for increased efficiency and avoidance of costly unplanned disruptions to drilling operations, with GE’s Digital Twin analytics detecting potential failures up to two months before they occur. By enabling Noble to establish a detailed baseline of the rig’s operating costs, the company targets that the Digital Rig will deliver a 20 percent opex saving when it’s running in full force in 2019.

We’re also collaborating with other pioneering customers to help them capitalize on digitalizing their operations. One of these is drilling contractor, Maersk Drilling. We’re in the process of co-creating a digital twin of 110 key assets on nine of their rigs, to enable them to gain a greater insight into operations and explore new ways to increase efficiency.

As the new levels of efficiency translate directly into reduced opex and added revenues, I firmly believe that digitalization is a much-needed currency for companies to make the most of new opportunities in the offshore industry, and thrive in these increasingly competitive times.

Another enlightening OTC has shown that innovation is gathering pace across offshore, I look forward to witnessing how the industry develops into the future.