The 700MW COBRAcable interconnector linking the Dutch and the Danish grid will be available for the electricity market as of delivery day, 7 September, Dutch high-voltage grid operator TenneT said.

"After three years of construction, including the laying of the submarine cables as well as the construction of two onshore converter stations, and a successful test phase earlier this year, COBRAcable will be available for the electricity market as of the delivery day of 7 September, which is exactly on schedule," it said.

The first direct connection between the electricity markets of Denmark and the Netherlands was jointly realised and is operated by the two TSCNET shareholders Energinet, the Danish transmission system operator (TSO), and TenneT, the Dutch-German TSO.

The Netherlands can import more sustainable electricity via this interconnector cable, mainly wind energy from Denmark. Ensuring security of supply is of great importance to Denmark. The cable makes Dutch capacity available on a structural basis for the Danish electricity grid and vice versa.

Furthermore, the cable connection has been designed in such a way that it will be possible to connect an offshore wind farm at a later stage. In this way, the cable contributes to realizing a sustainable international energy landscape, an important goal of the European Union. 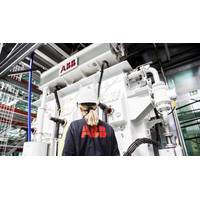