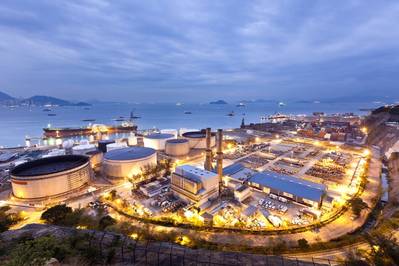 That appetite from such refiners, often known as 'teapots', has driven up spot premiums for oil from Africa, Europe, Russia and Oman, the sources said, with prices for some grades hitting multi-month highs.

That comes after teapots slowed crude purchases for delivery in the first two months of 2019 as demand for the fuel they churn out typically fades over the Lunar New Year holidays, which this year fall in early February.

"It's as if someone lit a match and the market's caught fire," said one of the sources. All sources declined to be named as they were not authorised to speak to media.

Global benchmark Brent oil prices had fallen more than 30 percent to just above $50 a barrel by the end of 2018, but prompt May crude futures have rebounded to above $60 a barrel this month.

Teapots tend to time their crude purchases based on oil price movements, and often when one buys others will follow, the sources said.

Spot premiums for crude grades popular with Chinese buyers are between 50 cents and more than $1 a barrel higher than price quotes seen at the start of the month, they said.

For example, Oman's spot premium almost doubled last week to $1 a barrel from the start of the month, while offers of Russian ESPO crude for delivery to China in March have risen by 50 cents to about $3.20 a barrel to May ICE Brent futures, according to the sources and Reuters data.

However, demand is expected to cool by the end of this week as would-be buyers leave the office for the week-long Lunar New Year break, the sources said.

China's refined product consumption could only see 0.5-percent growth in 2019 from last year as gasoline demand slows with an expected 5-percent drop in passenger vehicle sales, while diesel use will continue to contract on weaker industrial output, Lin Chen, Nomura's head of greater China energy global markets research, said in a note.

Still, the world's biggest oil importer could see crude imports rising to 9.5 million barrels per day (bpd) in 2019, up more than 4 percent from the previous year, Chen said.

China's refining throughput is set to hit another all-time high of 12.7 million bpd in 2019, about 600,000 bpd more than last year, driven by new refineries Hengli Petrochemical and Zhejiang Petrochemical, he added.

Competition from these new plants means that other independent refiners are unlikely to increase their throughput this year, Chen said.

Also, oil imports in the key refining region of Shandong in the east of the country are unlikely to rise until Dongjiakou city completes a port expansion by year-end, he said.