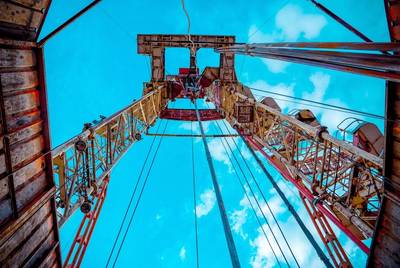 Shengli, in Shandong province, is one of China's largest conventional oil and gas fields but Sinopec, has been exploring the Jiyang trough at the deposit for unconventional resources in a bid to bolster production.

In 2019, the company, which operates China's biggest shale gas project in Chongqing, agreed to study shale oil potential in the Dongying trough at Shengli with Royal Dutch Shell.

The initial 458 million tonnes estimate for geological, or in-place reserves, is based on drilling results for four exploration wells.

The highest flow rate from these was 171 tonnes of shale oil per day - a record for a domestic shale oil well, Xinhua said, adding that the reserves were more than 3,000 meters deep.

Black crude extracted from that depth did not even flow out of a bottle when it was turned upside down, the report added.

Xinhua cited Yang Yong, chief expert in development geology at Sinopec Shengli Oil Field, as saying there is "no precedent for successful development of shale oil as thick as this in the world" and that a series of technological challenges need to be overcome.

According to preliminary calculations, shale oil resources in the Jiyang trough at Shengli amount to more than 4 billion tonnes, Xinhua said.