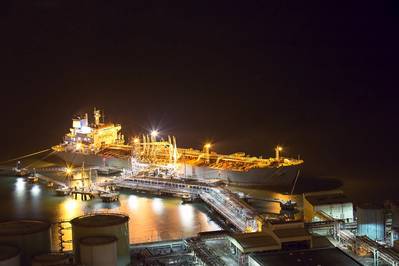 Worsening diplomatic relations between the United States and China are putting a spotlight on their economic inter-dependency in the context of global supply chains for both technology and energy.

Top policymakers in the United States and some of its closest allies, including Australia and Britain, have recently hardened the language in which they describe relations with China.

China has been labelled a “strategic competitor” for some time but the country is increasingly described as a “strategic adversary” implying a more confrontational relationship.

“We need a strategy that protects the American economy, and indeed our way of life. The free world must triumph over this new tyranny,” Pompeo said in a high-profile speech on the China threat last week.

The critical question is how strategic adversaries, or even enemies, can structure their economic relationship to minimize security risks.

The economic relationship includes not just merchandise trade but a range of services including transportation and logistics, banking, legal services, professional services, education and tourism.

Unpicking this web of interdependencies will not be easy or cheap.

Decoupling
For many security experts, the solution is to decouple the economies of the two superpowers, carving the world into blocs led by United States and China respectively, limiting dependencies between the two.

Decoupling remains intensely controversial, given the implied upheaval in global supply chains, which would be very expensive, but many security experts have endorsed some degree of disengagement.

In the United States and some of its allies, much of the debate now revolves around the desirable degree of decoupling, rather than the idea of decoupling itself, and how to pursue engagement in the remaining areas.

For U.S. and allied security experts, the priority for decoupling focuses on high-technology products such as semiconductor manufacturing and telecoms as well as advanced science.

But there are also broader concerns about supply chains that depend on manufacturers in China, including for computers, telecoms equipment, medical equipment, steel and rare earth minerals.

So far, U.S. policymakers appear more keen on decoupling than their counterparts in China, who remain publicly committed to a more integrated global economic system.

For security experts in China, however, there are growing concerns about dependence on imported raw materials, especially oil and gas, as well as global payments and currency systems dominated by the United States.

Oil and gas
In the four decades from 1970s to the 2000s, the United States became the world’s largest importer of crude oil and the implied economic and security vulnerability became a top priority for U.S. policymakers.

Towards the end of the period, there were concerns that the country would also become dependent on imported natural gas, intensifying concerns about the security threat of energy dependence.

The U.S. shale revolution eased those fears by massively expanding domestic production and turning the United States into a net exporter, first in gas and more recently in oil.

China’s rapid industrialization and limited domestic oil and gas resources have put the country on the opposite path; in effect the two countries have switched places on energy issues.

After becoming an oil exporter in the early 1970s, China became a net importer again in the mid-1990s and is now by far the world’s largest petroleum importer.

More recently, China has emerged as a large net importer of natural gas as the country switches from using coal to gas in heating systems and power generation.

China’s security experts now have to grapple with the same concerns about import dependence that dominated debate in the United States for 40 years.

China has to worry about energy price spikes, politically-motivated embargoes and long maritime supply chains through choke points that could be blockaded.

China also has to worry some of its current and projected oil and gas imports come from the United States and its allies, including Australia and countries in the Middle East.

Independence
Like the United States before it, China’s response is likely to focus on reducing its need to import through a combination of developing domestic resources, increased efficiency, and investing in alternatives.

China’s focus on domestic energy sources (nuclear, hydro, wind and solar) and electric vehicles can largely be explained by the need to lessen its dependence on imported oil and gas, as well as concerns about air pollution and to a lesser extent climate change.

Deteriorating relations with the United States are likely to encourage China’s policymakers to redouble their efforts to cut dependence on imported oil and gas, and develop sources away from the U.S. alliance.

China will also intensify its pursuit of renewable energy and electrification of the transport system, which have the collateral benefit of reducing air pollution and emissions intensity.

But top policymakers may hesitate to reduce the country’s dependence on secure domestically produced coal in favor of insecure imported gas.

Confrontation with the United States could lead to a future in which China has a large renewables sector backed up by lots of coal.

If so, China would be following the United States, which also focused on coal, nuclear and renewables during the era of energy insecurity from the 1970s to the 2000s.

Coal-fired power production has often been the fallback option for countries worried about international energy security.

Policy issues
There are major questions about the practicality of significant decoupling of supply chains between the United States and China in either technology/communications or energy/payment systems.

For all its efforts, the United States never managed to lessen its reliance on imported oil between the mid-1970s and the mid-2000s, until new technology in the form of shale eventually boosted domestic production.

Remaking and redirecting global supply chains would involve immense costs for both superpowers, involving a multidecade effort, which even then might not succeed.

The scale of the disruption could make policymakers pause and rethink the decoupling strategy or at least temper its grander ambitions, in an attempt to save at least some trade, investment and policy cooperation.

But as the relationship between the superpowers deteriorates, all these interdependencies, not just technology, will move up the policy agenda, and energy flows will be high among them.