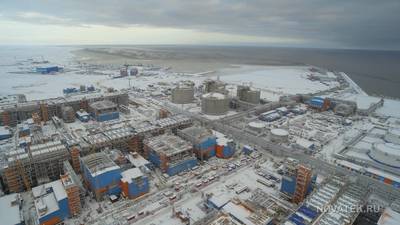 China National Offshore Oil Co, or CNOOC, offloaded a liquefied natural gas (LNG) cargo on Nov. 11 shipped from Yamal, first of its kind the Chinese firm received from the Russian Arctic gas project, CNOOC said on its website on Tuesday.

The cargo, purchased from Russian firm Novatek (NVTK.ME), was delivered into CNOOC's receiving terminal in Putian of southeastern province of Fujian.

Novatek controls Yamal LNG, which is co-invested by France's Total, China's CNPC and the Silk Road Fund. Yamal launched its second LNG train in August with an annual capacity of 5.5 million tonnes. A third train is being built and expected to be launched next year that will raise total output to 16.5 million tonnes annually.

In July, Novatek delivered the first ever LNG cargo to China via the Northern Sea Route alongside the Arctic coast, which drastically cuts delivery time to Asia. CNPC plans to start lifting at least 3 million tonnes of LNG from Yamal from 2019.