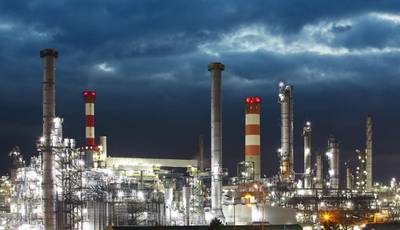 China's state planner has given initial approval for a $20 billion refinery and petrochemical project to be built in Shandong province, the country's hub for independent oil refineries, said two persons with knowledge of the matter.

The project in the eastern Chinese province was first proposed several years ago, but it wasn't activated because of China's struggles with excess refining capacity. It was revived after Beijing dialed up infrastructure spending this year to bolster an economy reeling from the coronavirus pandemic.

Shandong Yulong Petrochemical, operator of the mega venture, plans to spend nearly 140 billion yuan ($20 billion) for the complex, said one of the sources.

Investors in the project include private smelter Shandong Nanshan Group and the Shandong provincial government.

The sources declined to be named as they are not authorized to speak to the media.