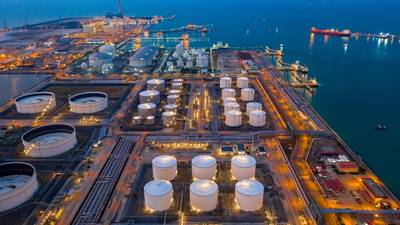 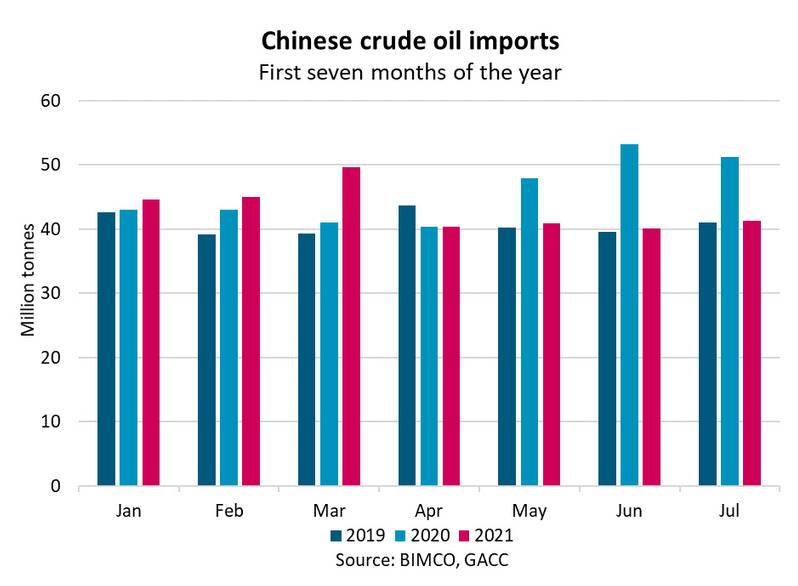 Imports down from largest suppliers

Imports from all top five suppliers of crude oil to China have fallen, although only marginally when it comes to the biggest supplier, Saudi Arabia.

Imports from Saudi Arabia have declined by just 83,331 tonnes (-0.2%) during the first seven months of the year compared to the same period in 2020. Imports from Russia, the second largest supplier of crude oil to China, have declined by 4.9m tonnes (-9.6%) in the period. The biggest declines have come in imports from Brazil and Iraq which have seen exports to China fall by 5.8m tonnes (-23.3%) and 8.2m tonnes (-20.9%) respectively.

“As BIMCO had expected imports over the summer have failed to match last summer’s imports when the oil price war caused China to boost its stocks with cheap oil. The volumes seen at that time were never going to be matched this summer even if a wave of new COVID-19 cases had not spread across China and resulted in new restrictions and therefore lower demand for oil,” says Peter Sand, BIMCO’s Chief Shipping Analyst.