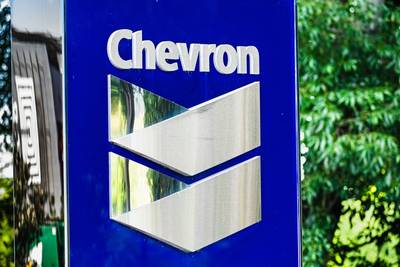 Chevron is seeking to sell several Nigerian oilfields as part of a global drive to reshape its portfolio as it focuses on growing its U.S. shale output, banking and industry sources said.

Chevron joins rivals including Exxon Mobil (XOM) and Royal Dutch Shell (RYDAF) in a drive by foreign oil companies to reduce their footprint in Africa's largest oil producer which has been mired in political and security instability in recent years.

The San Ramon, California-based company, Nigeria's third largest oil producer, is looking for buyers for a number of its the onshore and shallow offshore fields, where local producers have expanded their presence.

Chevron did not respond to a request for comment.

Chevron's Nigerian subsidiary operates and holds a 40% interest in eight blocks in the onshore and near-onshore regions of the Niger Delta under a joint venture with Nigeria's National Petroleum Company (NNPC), according to its website.

The discussions are being held directly with potential buyers and Chevron (CVX) is not planning to launch a tender process for the assets at this stage, two of the sources said.

In 2018, Chevron's production in Nigeria reached 194,000 barrels of crude oil per day, 233 million cubic feet of natural gas per day and 6,000 barrels of liquefied petroleum gas (LPG) per day, according to its website.