Chevron Cleared to Stay in Venezuela 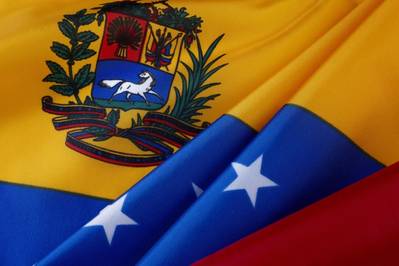 The Trump administration said on Friday it has renewed Chevron Corp&#39;s license to drill for oil and gas in Venezuela despite sanctions, signaling it sees value in having the U.S. oil producer operate in a country on the verge of economic and political collapse.

The Treasury Department said it renewed the license for three months for Chevron, the last U.S. oil company operating in Venezuela, a member of the OPEC producer group. The license runs through Oct. 25, 2019.

"Our operations in Venezuela continue in compliance with all applicable laws and regulations," Chevron spokesman Ray Fohr said in a release.

The United States imposed heavy sanctions on Venezuela early this year in an effort to force out socialist President Nicolas Maduro. Other U.S. oil field companies had been given licenses despite the sanctions but all have largely halted operations there because of the instability.

Washington has been trying to force out Maduro, and supports opposition leader Juan Guaido, the head of the National Assembly.

In January the administration imposed sanctions on Venezuela's state-run oil company PDVSA that have cost Maduro's government billions of dollars in oil assets, but issued Chevron a six-month license to keep its operations going.

Chevron has four joint ventures with PDVSA that produce the equivalent of about 200,000 barrels per day of oil, and its stake in the ventures recently produced about 40,000 bpd. The company, which has been in Venezuela for nearly 100 years, says there are about 8,000 employees, contractors and direct suppliers involved in the ventures.

The renewal of the license was a win for Secretary of State Mike Pompeo and others in the administration who believe that having a U.S. company in Venezuela would be an asset after any ouster of Maduro and would serve as a beachhead to help the country's oil dependent economy recover more quickly.

The president's national security adviser John Bolton, who has pushed for maximum pressure on Venezuela, had favored letting Chevron's license expire in hopes it would tighten the noose on Maduro's leadership by leading to another dip in the country's energy production.

As of July, Venezuela's output was just 734,000 bpd, about half of what it averaged in 2018, prior to U.S. sanctions, when production was 1.4 million bpd, according to OPEC figures.