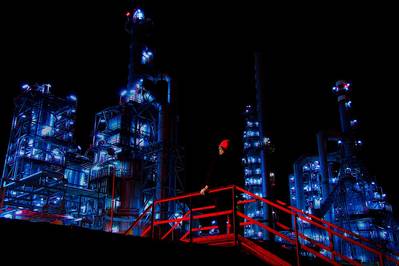 Returning Cepsa to the Madrid stock exchange this week in a flotation valuing the firm at up to 8 billion euros ($9.3 billion) had been expected to test investor appetite for energy listings amid resurgent oil prices.

But the company, owned by Abu Dhabi's Mubadala, postponed the IPO on Monday after a tough book-building process.

"We don't think there will be new energy IPOs for now," a financial adviser to the deal said after the announcement.

Out of 21 energy IPOs so far this year, at least 12 are trading below the flotation price, Reuters calculations and Refinitiv data show.

Cepsa's listing would have been the biggest oil IPO in a decade. Its postponement dampens hopes among bankers for a full recovery in the energy IPO market.

Abu Dhabi's International Petroleum Investment Co (IPIC) acquired a majority stake in Borealis in 2005 and a majority holding in Nova in 2009, before IPIC was combined with Mubadala.

The Cepsa listing had gained a higher profile after the giant listing of Saudi Aramco was pulled. Cepsa was being eyed by oil trader Vitol, which pulled its IPO of Varo Energy this year blaming poor market conditions.

Bankers said in spring this year that for each IPO that went ahead in Europe, another was cancelled.

Still Cautious
Prospects for IPOs was expected to be stronger given that the outlook for oil prices has been improving on persistent economic and political tensions in major producing countries.

Renewed U.S. sanctions against Iran, an economic crisis in Venezuela and rising diplomatic tensions between Riyadh and the West over the disappearance of a prominent Saudi journalist has stoked supply concerns, sending crude oil futures above $80. Prices had slipped below $30 in 2016.

Buoyed by higher energy prices, some IPOs are proceeding. The owners of Russia's Sibur have mandated banks to list the petrochemicals firm in Moscow, although Western sanctions on Russia might make the float more of a challenge to pull off.

One source said Vitol could make another attempt to list Varo in future.

Private equity firms, which invested in the energy firms particularly in the North Sea and Africa when oil prices plunged, would have to find some way to exit, said Dominique Fraisse, global head of energy and natural resources at Natixis (KN.PA).

But he said several years of cost cutting during the oil price squeeze meant firms were still focused on returning cash to shareholders, pushing back plans for flotations.

Abu Dhabi Oil Company (ADNOC), which scaled back the size of an IPO for its distribution arm last year last year, had said in 2017 it planned to float minority stakes in some of its services businesses. Sources familiar with the matter now say it could be looking to sell minority stakes privately.

Kazakhstan is also planning an IPO for its state oil firm KazMunayGaz in London and Astana. It has yet to set a date.