Cenovus Sees Crude Differentials to Ease Out by Mid-2019 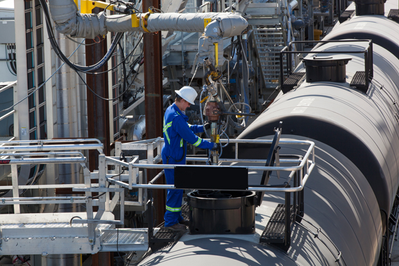 Cenovus also expects crude by rail to reach 300,000 barrels per day by the end of this year, the company said on a post-earnings call with analysts on Wednesday.