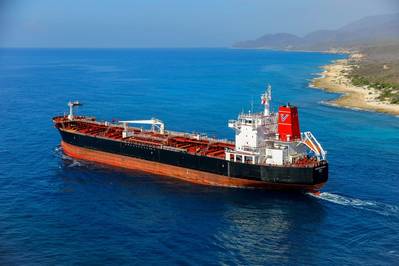 Several Caribbean oil storage terminals that temporarily closed ahead of Hurricane Irma earlier this month have started making preparations in case they have to shut again due to Hurricane Maria, which was a rare Category 5 storm on Tuesday.

Shippers and traders in the Atlantic basin are struggling amid this year's very active storm season, which has seen seven hurricanes so far, four of them major hurricanes, defined as at least a Category 3 on the five-step Saffir-Simpson scale.
Hurricane Harvey hit the U.S. Gulf Coast's energy infrastructure at the end of August, halting a large portion of fuel exports to Latin America. This month, hurricanes Irma and Maria have forced Caribbean oil terminals and refineries to shut or slow operations, locking down millions of barrels stored.
The scramble for shipments has led some shippers to divert tankers away from Venezuela to feed Latin American and Caribbean countries desperate for fuel.
Maria churned on Tuesday about 150 miles (240 km) southeast of St. Croix in the U.S. Virgin Islands, where a 13-million-barrel oil storage facility is located. Operators of other terminals in neighboring islands were monitoring the storm before making operational decisions.
The hurricane brushed north of St. Lucia and its path could also include St. Eustatius, Puerto Rico and parts of the Bahamas, islands where most of Caribbean's 100-million-barrel storage capacity is located.
NuStar Energy's 13-million-barrel Statia terminal in St. Eustatius remains shut since earlier this month after some of its tanks suffered damage from Irma, according to the company. It also activated a hurricane response plan ahead of Maria.
Statoil's South Riding Point terminal in the Bahamas remained open on Tuesday, though the company is monitoring the hurricane, it said in an email to Reuters.
U.S.-based Buckeye Partners, the largest terminal operator in the Caribbean, temporarily shut its 23-million-barrel Bahamas terminal, its six-million-barrel Puerto Rico facility and its Florida pipeline and terminal system earlier in September due to Irma, but all of them were in the process of resuming operations last week.
The company has not provided an update on its Caribbean terminals ahead of Maria.
Maria caused "mind boggling damage" in Dominica, where it ripped off roofs across the island before pushing on toward the U.S. Virgin Islands and Puerto Rico on Tuesday.
(Reporting by Marianna Parraga; Editing by Frances Kerry)
Email