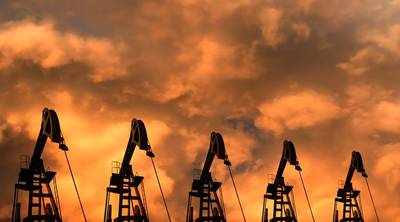 Capital spending by Canada's oil and gas industry will rise by 6%, or C$1.9 billion, in 2020 from the previous year, halting a six-year decline due to improving economics, the Canadian Association of Petroleum Producers (CAPP) forecast on Thursday.

Congested pipelines created a glut of oil in storage in the Western Canadian province in recent years, depressing prices and causing its government to curtail output by the biggest producers.

“Investors are seeing some positive activity in the industry right now," CAPP Chief Executive Tim McMillan said in a statement. "We need policies and action that keep us moving ahead.”

Spending is set to rise in the neighboring province of Saskatchewan, which recently set a 10-year goal to boost production, CAPP said.

Another industry group, the Petroleum Services Association of Canada, revised higher its 2020 forecast for wells drilled in Canada, up 7% to 4,800 wells, due to eased curtailments. Compared with last year, however, drilling activity is seen falling 2%.