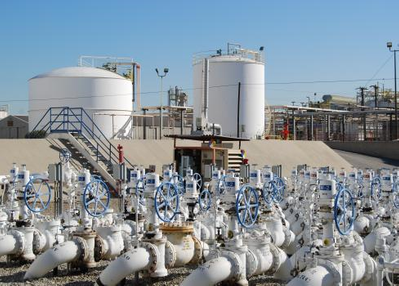 Prime Minister Justin Trudeau will meet on Tuesday with his cabinet ministers to discuss Kinder Morgan (KMI) Canada Ltd's threat to walk away from a troubled pipeline expansion as various levels of government signal interest in spending public funds to ensure the project proceeds.
The company, losing patience with moves by politicians and activists to block plans to almost triple the capacity of its Trans Mountain pipeline, is vowing to halt all work on May 31 unless the challenges can be resolved.
The 90-minute cabinet meeting is due to start at 3 p.m. (1900 GMT). The pipeline carries crude from Alberta's oil sands to the Pacific province of British Columbia.
The issue is a major political challenge for Trudeau, who approved the expansion plan in 2016. Critics have said he needs to be more forceful with the provincial government in British Columbia, which is vowing to do all it can to halt the project.
Alberta premier Rachel Notley, asked by the Calgary Herald newspaper whether her government would buy out Kinder Morgan Canada's stake in the pipeline if necessary, replied: "That's what we'd do."
The newspaper quoted her as saying she was "determined that the province, hopefully with Ottawa as co-investor, would control the project" in case the company bailed.
Natural Resources Minister Jim Carr said on Monday that Ottawa was looking at whether to take a stake.
"We are doing an assessment of what might be necessary, working with the government of Alberta," Carr told the Canadian Broadcasting Corp.
The government is "looking at all options including legal, regulatory and financial options," a spokesman for Carr said.
Shares of Kinder Morgan Canada stabilized on Tuesday and were up 2.1 percent at C$16.62 in early morning trade after shedding 12.6 percent on Monday.
Political observers have said Trudeau is unlikely to crack down too harshly on British Columbia for fear of antagonizing voters ahead of a federal election set for October 2019.
By David Ljunggren, Additional reporting by Leah Schnurr in Ottawa
Email