BSOG to Go Ahead with Midia Offshore Project 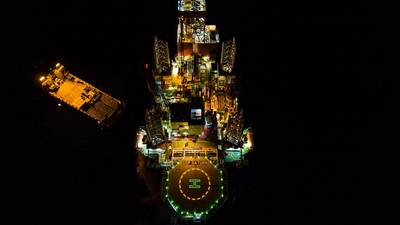 Romanian-based Black Sea Oil & Gas, controlled by private equity firm Carlyle Group LP, said on Thursday it has decided to go ahead with its $400 million offshore gas project in Romania, the first such project to be developed in 30 years.

The Midia Gas Development Project will extract an estimated 10 billion cubic meters of gas some 120 kilometers offshore in the Black Sea.

Black Sea Oil & Gas (BSOG) will extract the gas in a joint venture with Italian producer Gas Plus International B.V. and investment group Petro Ventures Resources, which hold 15 and 20 percent of the project, respectively.

Infrastructure works should be completed in the first quarter of 2021, the company said.

Earlier this month, Black Sea Oil & Gas said new taxes could make it hard to go ahead with the development.

Romania's government approved a series of taxes via emergency decree in December without an impact assessment or public debate, including a 2 percent tax on turnover for energy firms and a cap on gas prices.

The decree was in addition to other new laws for offshore drilling stipulating that Romanian companies would need to sell at least half their annual gas output domestically.

BSOG said in a statement the investment decision was on the assumption that it and its partners will "be able to restore all of their rights with respect to the removal of any newly imposed supplemental taxes and fees as well as removing any restrictions ... on the free movement of gas."

Such a move would not only make the Midia Gas Development Project a viable investment, but it would also encourage further gas developments in the Black Sea, the statement said.

On Wednesday, Romanian oil and gas group OMV Petrom , majority-controlled by Austria's OMV, said the current legislative environment did not provide the necessary prerequisites for a multi-billion investment decision on its Neptun Deep offshore project.

The exploration of the Black Sea Neptun block is a joint venture between OMV Petrom and U.S. major ExxonMobil and includes the first deep-water exploration in Romanian waters.

"We remain keen to see the Black Sea developed and we will continue the dialogue with the authorities to understand the way forward," OMV Petrom said.

Unlike other countries in the region, European Union member Romania is largely energy independent. It imports under 10 percent of its gas needs.