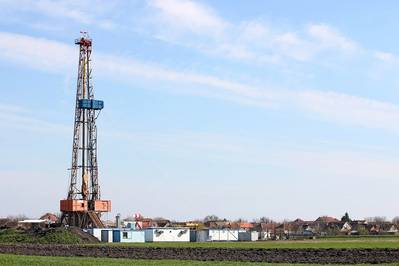 Cuadrilla extracted its first shale gas from its site in northwest England, it said on Friday, after it began fracking operations there just over two weeks ago.

Cuadrilla said the gas flows were small but coming at such an early stage of the project were evidence of the potential of the site.

"This is a good early indication of the gas potential that we have long talked about," Cuadrilla Chief Executive Francis Egan said in an emailed statement.

Fracking, or hydraulically fracturing, involves extracting gas from rocks by breaking them up with water and chemicals at high pressure.

The practice, which started at the New Road site on Oct. 15 has been halted and restarted twice since then after small earth tremors were detected.

Britain's regulatory system calls for any fracking to be paused if any tremor of magnitude 0.5 or above is detected.

Cuadrilla said it plans to fully test flow rates from the current two exploration wells towards the end of 2018 and into the New Year to determine whether full-scale gas extraction would be viable.

Fracking is opposed by environmentalists and green groups who say extracting more fossil fuel is at odds with Britain's commitment to reduce greenhouse gas emissions.

But Britain's government is supportive of the industry and is keen to reduce the country's reliance on imports of natural gas, which is used to heat around 80 percent of Britain's homes.

Cuadrilla which is 47.4 percent owned by Australia's AJ Lucas and 45.2 percent owned by a fund managed by Riverstone, first extracted shale gas in England near the coastal town of Blackpool in the northwest in 2011, but it was stopped after causing a 2.3 magnitude earth tremor.

It said then that the quake was caused by an unusual combination of geological features, but it led to an 18-month nationwide ban on fracking while further research was carried out and a new regulatory system was implemented.