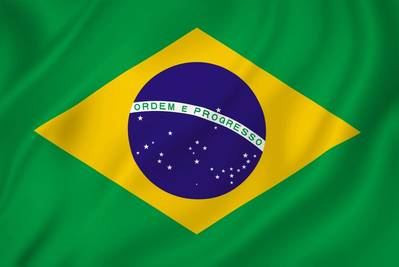 The auction will include the two new blocks of Southwest Sagittarius and Brava Norte in addition to the previously considered three of Aram, Southern Cross and Boomerang, the ministry said. Southern Cross is a combination of the former Southeast Lula and the South and Southwest Jupiter blocks.

The statement confirmed an earlier report by Reuters citing a person familiar with the matter. The auction is scheduled for Nov. 1, 2019, the source said, on condition of anonymity.

Global oil companies have spent billions of dollars to lock down blocks in the area, where billions of barrels of oil are trapped under a layer of salt offshore.

Brazil's election of far-right President-elect Jair Bolsonaro has called into question the future of its pre-salt oil auctions, with sources telling Reuters last month that his government could seek to switch to concession contracts for the areas instead of the current production-sharing agreements.

The future chief of Petroleo Brasileiro SA under Bolsonaro has said a decision has not been made on the matter.

The National Council for Energy Policy (CNPE) is studying two more pre-salt rounds for 2020 and 2021 with a seventh round potentially including the Emerald, Agate and Sea Water blocks and an eight that could include the Tupinamba, Jade, Amethyst and Tourmaline blocks.

CNPE additionally approved a 16th-round auction of oil areas under the concession regime for October 2019, the ministry said. The person familiar with the decision said it was to be held on Oct. 2, 2019.

That round will include 42 blocks in seven areas of five different basins, covering a total area of nearly 30,000 square kilometers, the ministry said.

The council did not discuss a prospective auction of surplus oil volumes from the so-called transfer-of-rights oil area in the Santos Basin at the meeting, the source said. The area has been the subject of a dispute between the government and state-run Petrobras since the oil company signed a contract on it in 2010.