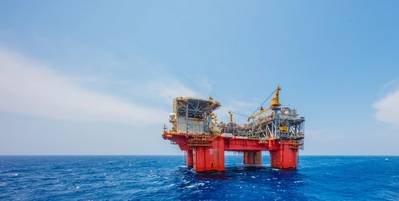 The Atlantis platform in the U.S. Gulf of Mexico (Photo: BP)

BHP Group, the world's largest miner, said on Wednesday its board has approved $696 million in funding to expand production at the BP PLC-led Atlantis oil project in the U.S. Gulf of Mexico.

The move comes about a month after London-listed oil and gas major BP discovered further oil prospects in the Gulf of Mexico, including additional oil in the Atlantis field. BP said the total cost of developing the project would be around $1.3 billion.

BP has a 56 percent interest in the Atlantis field, while BHP holds the remaining 44 percent.

First production for the project is expected in 2020, BHP said in a statement, and is expected to increase production by about 38,000 barrels of oil equivalent per day at its peak.

BHP said it had also approved $256 million in funding for additional drilling and study at its 60 percent-held Trion field in Mexico.

The Mexican government-owned PEMEX holds the rest of Trion.

(Reporting by Ambar Warrick in Bengaluru; editing by Richard Pullin)