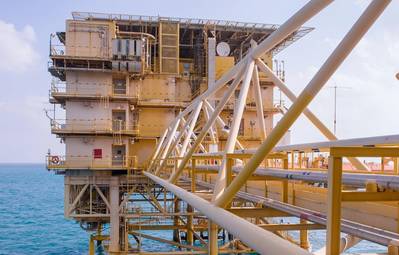 Investment banks are scrambling to re-pitch to advise Saudi Aramco on a possible initial public offering, sources familiar with the matter said, with Saudi Arabia's energy minister confirming plans for the listing to proceed in 2020 or 2021.

"Bankers previously involved in the IPO are pushing for meetings with Aramco," one of the sources said.

"There is some shifting in terms of what roles the banks might have if IPO talks go ahead."

JPMorgan, Morgan Stanley (MS) and HSBC were picked to play a leading role in the world's biggest ever IPO when the plan was first announced in 2016.

But plans for a domestic and international listing were later postponed.

The Saudi energy minister Khalid al-Falih, who also chairs Aramco, said on Tuesday the company was ready to start working on the long-awaited listing, adding it could happen in 2020-2021.

"We have always been clear that the IPO will happen in the 2020-2021 timeframe. We have never stopped talking about the IPO."

Al-Falih pointed to Aramco's $69.1 billion acquisition of a 70 percent stake in petrochemicals firm Saudi Basic Industries (SABIC) along with a recent $12 billion bonds sale as the main reason for the IPO delay.

"Now that all of these issues have been cleared, we are ready to start planning for the IPO," he said.

Al-Falih confirmed the same timeline that Saudi Arabia's Crown Prince Mohammed bin Salman, known as MbS, provided on June 16 when he said the government remained fully committed to the IPO project, expecting it to take place between 2020 and early 2021.

MbS's comments triggered a series of approaches by international investment banks who wanted to be in the driving seat, one of the sources said.

The IPO is a centerpiece of the crown prince's plan to diversify the kingdom's economy beyond oil.

"It is a catch 22 situation," another source said. "After the statement by the Crown Prince, banks have been rushing to Aramco to pitch."

As part of their client coverage, investment banks frequently discuss listing options with Aramco, but no formal IPO process is underway, a third source said.

Bloomberg earlier reported on Tuesday that Saudi Aramco recently held talks with a group of investment banks to discuss roles in its potential initial public offering, citing people familiar with the matter.