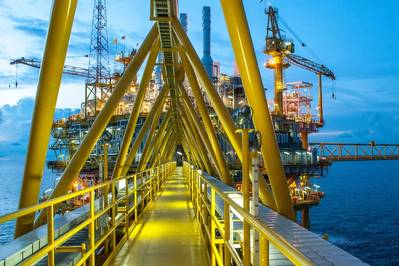 Unlike rivals Schlumberger NV and Halliburton Co, Baker Hughes has less exposure to the North American pressure pumping sector, where demand softened last year due to transportation bottlenecks in key oil producing basins and a sharp decline in oil prices in the fourth quarter.

U.S. oil prices fell to around $42 a barrel in December amid concerns of a supply gut and slowing economic growth. The decline hit many service companies, which are still struggling to recover from the 2014 oil price crash.

"The market dynamics in the fourth quarter demonstrated the volatility of our industry," Baker Hughes Chief Executive Officer Lorenzo Simonelli said in a release on Thursday.

He also expected lower oil prices to have an impact on U.S., Canadian and Latin American markets in the first half of 2019, while other international markets would remain relatively stable.

Revenue in Baker Hughes' oilfield services, which accounts for roughly half of total sales, rose 10 percent to $3.1 billion in the reported quarter.

The company reported $6.9 billion in orders, up from $5.7 billion last year and the largest in roughly three years. Orders in its oilfield equipment business more than doubled from the prior year to over $1 billion.

Last year marked Baker Hughes' first full year combined with General Electric, which bought a stake in the services firm in 2017. In November, General Electric reduced its ownership from roughly 62.5 percent to 50.4 percent.

Baker Hughes said it has reached commercial agreements with General Electric to position its company for the future.

(Reporting by John Benny in Bengaluru; Editing by Bernadette Baum and Chizu Nomiyama)