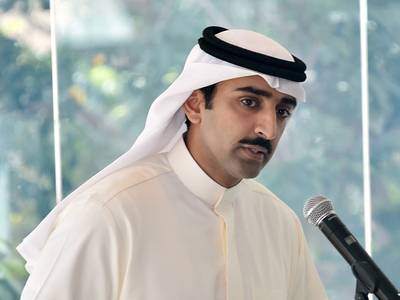 Bahrain's state-owned oil company Nogaholding plans to raise $1 billion through a dual-tranche U.S. dollar-denominated bond on Wednesday, a document by one of the banks leading the transaction showed.

The deal is the first foray by a Bahraini entity into the international debt markets since the government obtained an aid package from its Gulf neighbors earlier this month.

Nogaholding, the investment arm of Bahrain’s National Oil and Gas Authority, tried to raise international funds in April, but that deal was delayed, partly by emerging-market weakness and partly by doubts among investors that Bahrain could repay its debt.

Each tranche is expected to raise $500 million, according to the document.

The government of Bahrain, hit by a slump in oil prices, has increasingly relied on external funding, but in March it had to cancel a planned sale of international conventional bonds as investors demanded higher yields.

An agreement signed earlier this month with Gulf allies Saudi Arabia, the United Arab Emirates and Kuwait for a $10 billion aid package tied to fiscal reforms has averted the risk of a debt crisis.