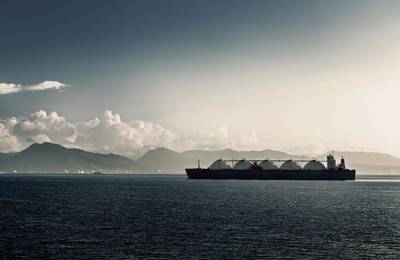 Asian spot liquefied natural gas (LNG) prices remained steady this week on a continued stream of spot supply even though traders continued to cancel cargoes loading from the United States due to poor economics.

The average LNG price for August delivery into northeast Asia was estimated to be about $2.20 per million British thermal units (mmBtu), slightly lower than the previous week, trade sources said. Buyers of LNG are expected to cancel 40 to 45 cargoes for August-loading from the United States due to a slow recovery in Asian gas demand and record-high European gas stocks, market sources said this week.

Some sources said, however, that loading a cargo in August might make more sense compared with June and July, as there was a price contango between August and forward months, with low shipping rates.

Malaysia's Petronas has offered cargoes for loading from its Bintulu plant in the third quarter on a bilateral basis, while Australia's Woodside Petroleum has issued a 'sell' tender offering six cargoes for delivery over next January to March, 2022, industry sources said. Sakhalin LNG plant has also offered a cargo for loading in mid-August, they added.

Angola LNG may have sold a cargo for July-loading at parity to a slight premium to Dutch TTF prices, one source said, though this could not immediately be confirmed.

Pakistan LNG also sought a cargo for August delivery in its first tender since last December. The cargo is to meet summer demand from the power sector, an industry source said, adding that Pakistan LNG is expected to issue another tender early next week seeking a cargo to be delivered in September.