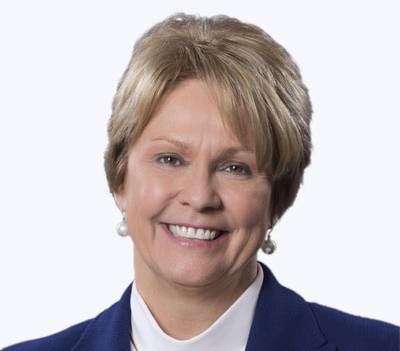 Occidental Petroleum Chief Executive Vicki Hollub on Friday touted her $38 billion deal for Anadarko Petroleum Corp and defended the pricey terms she negotiated in a 90-minute session with billionaire investor Warren Buffett to secure the deal without seeking shareholder approval.

Hollub, 59, beat out larger rival Chevron Corp with a long-shot bid that some Occidental investors called risky because it saddles Occidental with $46 billion in new debt. By deftly lining up allies and cash, she put together a strategy that on Thursday prompted Chevron to withdraw.

"We can operate this better than anybody else. We are the rightful owners," Hollub said at the company's annual general meeting.

Shareholders including T. Rowe Price, Occidental's sixth-largest, showed displeasure by withholding votes for the board. Directors were elected with between 70 percent and 82 percent of votes cast, below the average 97 percent that directors received a year ago.

There were no questions asked at the meeting, which took place with fewer than 100 people in attendance and lasted less than an hour. Occidental's shares on Friday traded at a 10-year low of $54.70, down from $62.35 the day before Occidental disclosed its offer for Anadarko.

Several big holders have criticized Hollub's decision to boost the cash portion of the $76-per-share offer to a point where a shareholder vote is no longer needed.

Hollub said it took just an hour and a half to reach an agreement with Berkshire Hathaway Inc's Buffett on the $10 billion investment. "The timing was critical for us to close these funds," she said.

Addressing investor criticism that the Berkshire investment's 8 percent dividend was too high, she said Occidental took the premium into account when calculating returns on the Anadarko purchase.

Unless another suitor appears, the $38 billion, mostly cash deal would cement Occidental's status as the largest oil producer in the Permian Basin, the top U.S. shale field. Occidental's global production would double to 1.4 million barrels of oil and gas per day.

Hollub has promised to quickly shed most of Anadarko's non-U.S. oil properties to focus on shale. Occidental also must absorb or sell Anadarko's U.S. Gulf of Mexico offshore production.

The deal's financial and operating risks have soured some big Occidental holders including T. Rowe Price and Matrix Asset Management.

"On paper, at $65-per-barrel oil, the deal could be executed well. That sort of is turning a blind eye to the fact that they're in a cyclical industry," said David Katz, president of Matrix.

Rating firm Moody's Investors Service said Wednesday it likely would downgrade Occidental if it prevails due to the added debt that will make it harder for the company to confront a downturn in oil prices.

"If you do this you have a strained balance sheet, period," said Christian Ledoux, investment chief at Occidental shareholder South Texas Money Management.

Hollub, who has sought to buy Anadarko for two years, proved her ability to sweep away hurdles when Anadarko's board initially agreed to sell to Chevron at a lower price. "We were not about to let that happen," Hollub said.

France's Total SA (TTFNF) separately agreed to buy all of Anadarko’s oil-and-gas producing assets outside the United States, including its biggest future expense, a multibillion-dollar liquefied natural gas project in Mozambique, for $8.8 billion.