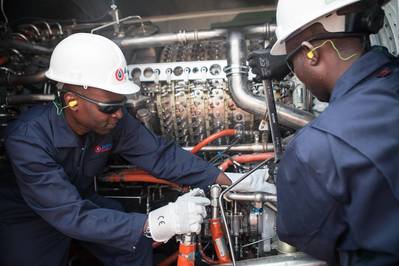 APR Energy plc announced today that it has signed extensions of its power generation contracts in Iraq and Angola.

The Company’s contract extension in Iraq is for a one-year term, and runs through 2016. The power plant has been in operation since 2012 and comprises six GE TM2500 mobile gas turbines. APR Energy acquired the plant in 2013 as part of its acquisition of GE’s power rental business. Located in Basra, in the southernmost part of the country, the gas-fired power plant provides reliable base load power and grid stability to the population of the Basra province, as well as supporting oil and gas, petrochemical and agricultural industries.

In Angola, Africa’s third-largest economy, the Company has signed a six-month contract extension to provide 40MW of power at the Rocha Pinto site near Angola’s capital of Luanda. As part of the extension, the customer has reaffirmed its commitment to fulfill all past, present and future financial obligations. When initially signed in 2013, the contract with Angola’s state-owned utility Rede Nacional de Transporte represented APR Energy's first mobile gas turbine project in sub-Saharan Africa. APR Energy also operates a second 40MW facility at the Morro Bento site near Luanda.

“We are pleased to continue our relationships with these important long-term customers,” said Chief Executive Officer Laurence Anderson. “Extensions and renewals are an important part of our business strategy, and they are the result of our strong commitment to operational excellence and customer service.”