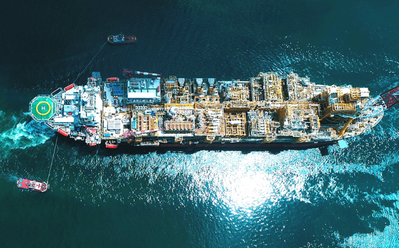 "It is up to everyone to understand that, despite the measures taken by OPEC, oil producers in various countries should be aware that they may be called to take more drastic measures," Azevedo said.

"Because of the lack of storage capacity, continued production is becoming unjustified," he added, referring to the strained ability of global oil consumers to store up unwanted oil amid economic lockdowns brought on by the coronavirus.

Amid the unprecedented reductions by major producers, Angola committed to cut almost a quarter of its output from an October 2018 baseline.

March production stood at 1.39 million barrels per day (bpd) and Angola is obliged to reduce its output to 1.18 million bpd from May.

According to a preliminary plan for June oil exports, Angola is set to ship several more crude cargoes than the month before, but traders say the schedule has yet to be finalized.

Angola, Africa's number two oil exporter after Nigeria, is working to reform its oil industry to halt a production slump that has dented the economy, including privatizing stakes of state oil giant Sonangol.

The country is vulnerable the recent plunge in oil prices, which reached two-decade lows this week before rebounding slightly, due to a largely offshore industry with high production costs and years of lackluster investment.

Azevedo said Angola risked being left behind by other countries with more accessible oil reserves and better infrastructure and that its own industry was hamstrung by "conflicts of interest, lack of investment and leadership".

"Immediate measures are being taken to improve the investment climate," he added, noting that the parliament was discussing bills to reduce taxes on oil investment and exploration.