AMSOL has been awarded a five-year contract by the South African Department of Transport to operate the standby tug utilized as part of state driven proactive marine pollution prevention measures.
And in another development, AMSOL has been appointed by the Sunrise Energy Liquefied Petroleum Gas (LPG) Import Terminal as the preferred marine contractor to fulfill marine operations and multi buoy mooring surface and subsea maintenance requirements in Saldanha Bay, South Africa.
AMSOL’s Managing Director Paul Maclons said the award by the Department of Transport is a testament to the experience and professionalism of seafarers and shore based support personnel involved in the contract, who are now focused on continuing to deliver safe and sustainable solutions to international standards, ensuring that the Department of Transport’s objectives are met.
“We will provide experienced Masters, Officers and Crew, a purpose-designed high speed tug and the support services required to safeguard South Africa’s marine environment and ensure proactive protection from the impact of pollution caused by incidents at sea, in partnership with the Department of Transport and the South African Maritime Safety Authority,” Maclons said.
As the owner of the new LPG import facility based in Saldanha Bay, Sunrise Energy’s shareholders include MOGS (Mining, Oil & Gas Services), Industrial Development Corporation and Ilitha.
Email 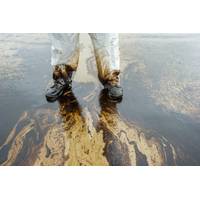