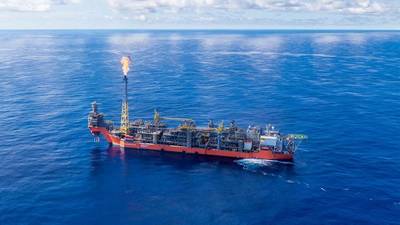 Aker Solutions said it has secured an order from Petrobras to provide a subsea production system and related services for the Mero 1 project, the first full production project within the major Mero field development, one of the largest oil discoveries in Brazil's pre-salt area.

The ultra-deepwater Mero field is located in the northwestern area of the original Libra block, which is about 180 kilometers south of Rio de Janeiro. First oil was produced in November last year.

The subsea production system will be hooked up to the first full-scale floating production, storage and offloading (FPSO) vessel for Mero, known as the Guanabara FPSO, which is currently under construction and scheduled to come on stream in 2021 and will have capacity to process up to 180,000 barrels of oil a day and 12 million cubic meters of gas a day.

The FPSO will be chartered for 22 years under an agreement with MODEC-led MV31 signed in December 2017. MV31 is backed by Mitsui, MOL, Marubeni (MARUF) and Mitsui E&S.

Aker Solutions said work on the subsea production system has already started, with deliveries scheduled for 2020 and installations between 2020 and 2023. The company's subsea manufacturing facility in São José dos Pinhais and its subsea services base in Rio das Ostras are performing the work.

Aker Solutions and Petrobras have not disclosed the value of the contract. The order will be booked in the third quarter of 2018.