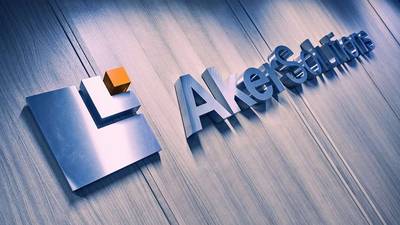 The upbeat sentiment on oilfield spending is a result of record cashflows accumulated by oil companies on the back of cost-saving measures instigated since the 2014 oil slump and rising crude prices as the market has recovered.

It had previously expected only a slight revenue gain and flat margins.

Order intake for the first three months of the year amounted to 5.5 billion Norwegian crowns ($635.51 million), above an average forecast of 4.9 billion crowns in a Reuters poll of analysts.

The company is currently bidding for tenders worth 55 billion Norwegian crowns and expects some key projects to be approved in six to 12 months, finance chief Svein Stoknes told a news conference.

"Offshore spending is forecast to increase by up to 5 percent in 2019 and accelerate to 5-15 percent in 2020 according to industry estimates," CEO Luis Araujo said.

Rival Halliburton this month said that it expects global offshore spending to rise 14 percent in 2019, double the estimates given by sector leader Schlumberger NV.

Aker still faces fierce competition as industry overcapacity looms after years of restraint by oil companies after the 2014-16 oil price crash, with pricing for subsea equipment still under pressure.

The subsea equipment industry has reduced capacity in some particularly labor-intensive segments during the downturn, but Araujo said that overcapacity remains in areas such as rigs, seismic vessels and supply boats, making it hard to push up prices for the time being.