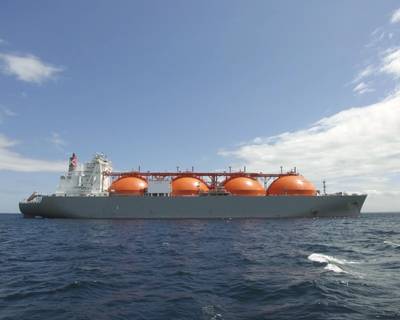 Plans by Australia's AGL Energy to start importing liquefied natural gas from 2021 will be delayed after the state of Victoria called for the company and its pipeline partner to submit a full environmental assessment of their project.

The review process typically takes nine to 12 months, which means AGL will not be able to reach a final investment decision on the A$250 million ($178 million) jetty project by June 2019, as it had hoped.

AGL had been on track to be the first of four proposed LNG import projects looking to fill an expected gas supply shortfall in southeastern Australia from 2021.

AGL declined to comment on Wednesday on how the environmental review would affect the project's timing but said it was committed to working with the community and following all state and regulatory assessment requirements.

"Crib Point will be a safe and environmentally responsible project, making gas supply for Victorians more secure, whilst critically bringing much needed competition to place downward pressure on gas prices," AGL general manager Phaedra Deckart, who is leading the project, said in an emailed statement.

The state's move follows protests in the community around the Western Port location where AGL plans to build a jetty to park a ship that would regasify imported liquefied natural gas (LNG), and hook it up to a new gas pipeline to be built by APA Group.

"While this project has great potential, it's critical we assess its impacts thoroughly, to protect the community and the environment," state planning minister Richard Wynne said in a statement on Tuesday.

The state's Labor government, heading to an election in November, has yet to determine the scope of the review, but it would include looking at the impact of AGL's floating storage and regasification unit (FSRU) on the internationally recognized wetlands area around the proposed jetty.

"We're encouraged the state is using this process. It means there's going to be proper scrutiny of the project," said Nicholas Aberle, who has been leading a campaign against the project for green group Environment Victoria.

The group is concerned about the impact on sea life from chlorinated water that would be dumped from the FSRU, and argues that Australia, the world's second-largest LNG exporter, should not need to import gas.

"We could have a gas reservation policy. We could get smarter about cutting our energy waste. So why are we even entertaining the idea of damaging an internationally recognized wetlands?" Aberle said.